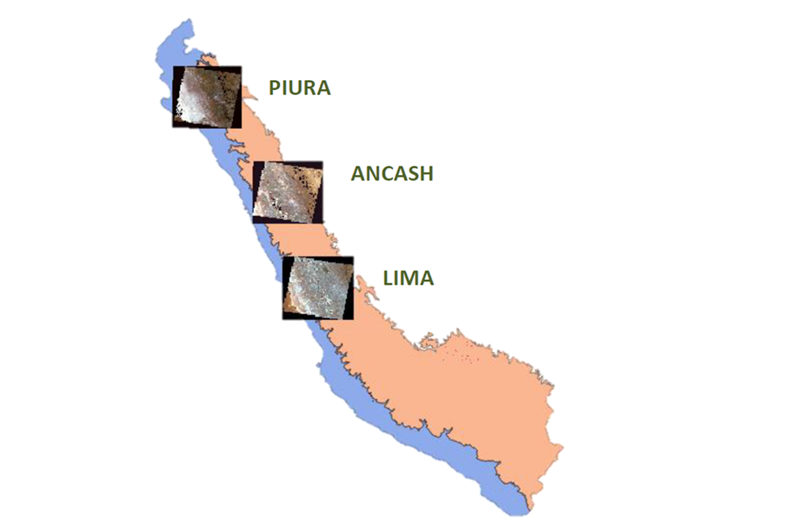 Generation of basemaps of forested and unforested areas and maps of loss of forest in the Biomes of the Coast and Mountains of Peru for the purpose of national Monitoring, Reporting and Verification, including within the framework of REDD+.

Link to communication presented at the National Forest Congress

A methodology based on satellite information, Landsat, was developed to evaluate changes in forest cover of the Coast and Mountains of Peru for the periods 2000-2007, 2007-2011, and 2011-2014. To this end a basemap for 2007 was created and a historical series of images was analysed using a change detection algorithm. The images were atmospherically and radiometrically corrected so that they could be used together. A protocol for the pre-processing of images and classification of forest type was designed, as well as a methodology for the validation and verification of the base maps and forest loss maps. This procedure was also evaluated using Sentinel 2 images in such a way that allows this type of map to be generated as and when new images become available.