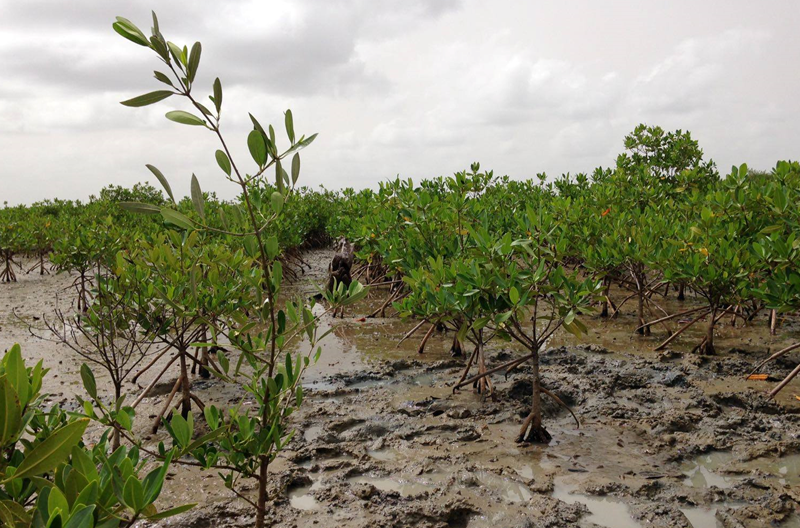 New visit to Senegal, specifically to the Sine Saloum Delta and Casamance, where a reforestation programme has been carried out over an area of approximately 10,000 hectares, using mainly autochthonous species such as the red mangrove. The principal objective of the project is the restoration of degraded wetlands and the improvement of the productivity of bordering agricultural areas.

AGRESTA has been involved in this project since 2010, carrying out work on the validation and verification of the climate change mitigation project based on the restoration and reforestation of the degraded mangroves under the voluntary Carbon Standard VCS This work was carried out from 2008 to 2012 by the Senegalese NGO Oceanium and funded through Livelihoods funds.

On this latest visit to the plantations, undertaken a few weeks ago by our colleagues Pablo Rodríquez-Noriega and Alfredo Fernández, we were able to see that the ecosystem is recovering and that the local population are still keenly involved in this project. In some areas, it is observed how plantations require the selection of other species, but in others it was very exciting to see how the trees have grown.

The NGO Oceanium made a video using a drone which shows from above the progress of the plantations.