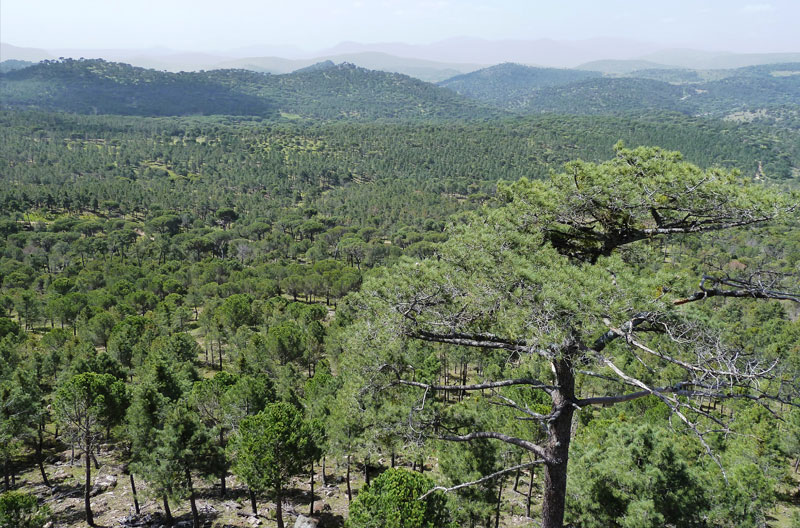 CLIENT: Department of the Environment of Castile and León Regional Government

The full extent of the Group of Forests “Hoyo de Pinares” is listed as protected as both a Place of Importance in the Autonomous Community (LIC) and as a Zone of Special Protection for Birdlife (ZEPA) called “Pine Forests of the Lower Alberche” (Pinares del Bajo Alberche). The forested area provides shelter for black stork (Ciconia nigra L.) and the Spanish imperial eagle (Aquila adalberti C. L. Brehm.). This justifies conservation being considered a priority in these forests.

However, other land uses are compatible with conservation. Among them, the principal exploitation of the Group of Forests is for pine cones and wood, while grazing and hunting are also important, as well as other secondary activities such as mushroom gathering and beekeeping.

The exploitation of these areas over the next decade have been planned, with a return of 25.69 €/ha per year, along with investments of 27.56€/ha per year, which is common in forests where the principal aim is conservation.